There’s no better way to cap off a delectable meal than with an equally delectable after-dinner beverage. Digestifs, which are not to be confused with dessert drinks, are less sweet and have a higher alcohol level, and can be consumed before, after, or even in place of dessert. Traditionally, these beverages were only a mix of alcohol and herbs, and spices, but they’ve since expanded to include a lot more. Whiskey is a fine blend with a distinctive character. Indeed it is a fine drink to sip on its own, but when mixed into a cocktail, it becomes something amazing. There is nothing quite as smooth or refreshing as a whiskey-based cocktail. Balancing the smoky whiskey flavor with sweet or tart flavors makes for a flavorful, balanced sip.

Here are some contemporary-style whiskey-based cocktails you could try. 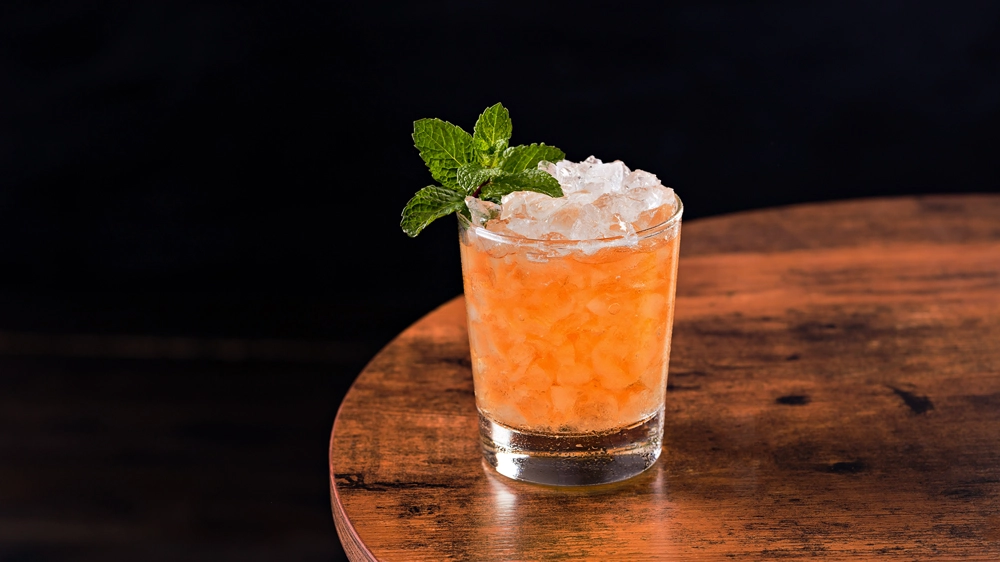 A Stinger is a classic drink made with cognac and crème de menthe in two steps. The Midnight riff of the original Stringer is the perfect digestivo cocktail created by Sam Ross at Attaboy in New York City. With a hint of bitterness, this simple sour cocktail is herbal, contemporary, and packed with flavors from Bourbon, Fernet Branca, Lemon Juice, and Sugar Syrup. Sam Ross converted the original into a sour, using lemon juice to tart up the traditional Stinger profile while substituting bourbon for cognac and Fernet Branca for the mint liqueur. While it may seem inappropriate for mint to RSVP just to have Fernet Branca arrive up, it turns out that showing up with bourbon was a smart way to get a play in the taste. The cocktail is a great way to try Fernet Branca for the first time. Had a hearty meal? This one is a perfect drink for settling the stomach after a big meal.

To make Midnight Stringer, you will need:

Bring all the ingredients to the cocktail shaker and give them a medium shake. Strain over cubed ice-filled rock glass and garnish with mint spring – your Midnight Stringer will be ready to entice you in just a few minutes!

Port Old Fashioned is a classic whiskey-based cocktail, with a balanced and tasty riff on the classic Old Fashioned. Adapted from a  recipe discovered at Red Star Tavern in Portland in Oregon,  the earliest version of this modern Port Old Fashioned cocktail was simply water, sugar, bitters, and booze. Over time, the water was replaced by ice, whiskey became the preference for booze, and the drink became old-fashioned. The simple, contemporary-style digestive cocktail is a wonderful way to use your leftover maple syrup & port from Christmas or any time for that matter. Though the whiskey and sugary maple syrup overwhelm the port, drinkers do get a fruity undertone with every sip they take.

Take the below-mentioned ingredients to make your Port Old Fashioned:

To make this drink, first, you have to pour all the ingredients one by one into an old-fashioned glass. Then, stir gently with ice. Garnish with an orange twist and serve to impress.

A brooding riff on the classic 20th Century cocktail, the 19th Century is a whiskey-based red aromatized cocktail laced with bourbon! This 20th Century riff recipe was adapted from a drink made by Brian Miller at New York City’s Pegu Club. Where gin and Lillet Blanc, a white wine apéritif, were used in the original recipe of this clever riff, Miller uses bourbon and Lillet Rouge, a red wine apéritif. The end product is a sophisticated, not-too-sweet sour cocktail with a slightly lower chocolatey note than that of its predecessor. Anyone with a taste for New York Sours should give this drink a try.

Make your 19th Century Cocktail with the ingredients mentioned below:

The method to create this amazing cocktail is very simple. All you need to do is take the ingredients and combine them in a cocktail shaker. Give it a medium shake and strain over a chilled coupe glass. Garnish with a lemon twist because a drink’s gotta look good too! 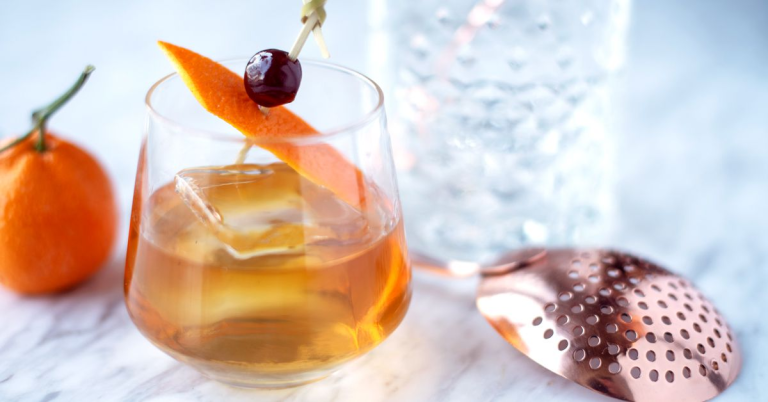 Sour drinks come in a variety of flavors, and the Apricot Sour, as the name suggests, tastes like apricots! That’s apricot brandy beautifully blended with Whiskey.  This is an easy-to-make cocktail that everybody can make and enjoy. It’s a quick change and one of the best things about the sour cocktail family. There are a couple of different methods to approach the Apricot Sour, but one thing is certain – no matter how you mix it, the taste will be AMAZING!

You will need the following ingredients to make an Apricot Sour:

The apricot-flavored liquor you choose is going to determine how strong the Apricot Sour is going to be. Take your ingredients and pour them into a cocktail shaker. Now, give it a dry shake, and then a hard shake. Follow it with a wet shake next. Strain over rock glass filled with ice cubes. Finish it off by garnishing it with an orange twist. 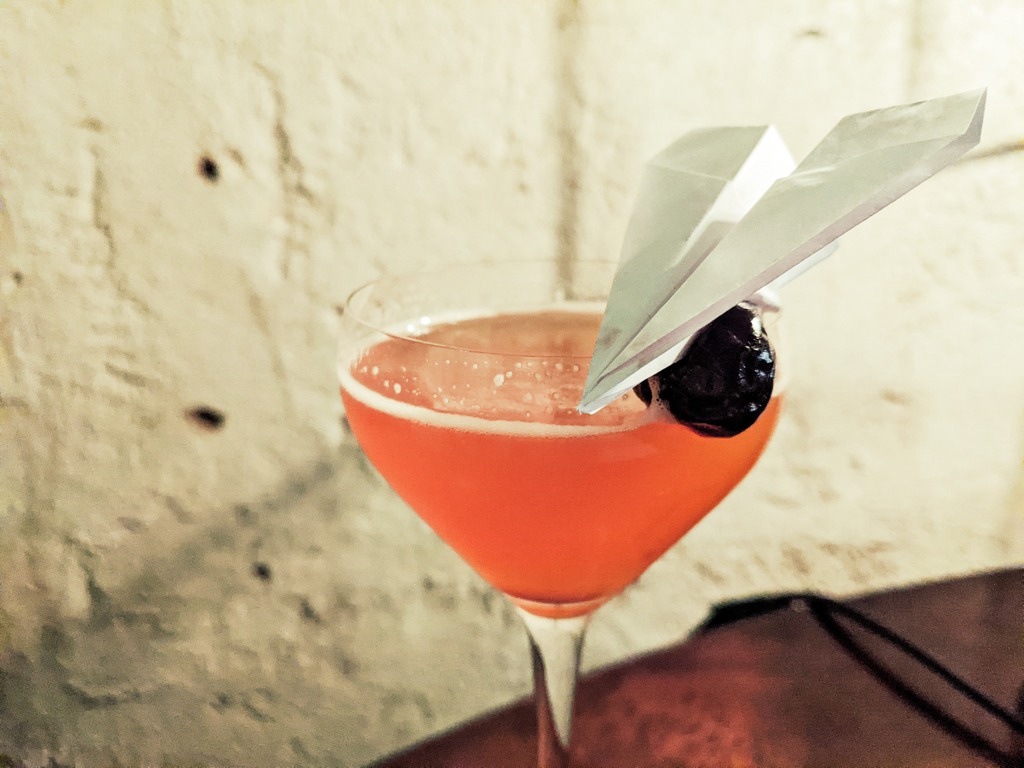 The Paper Plane cocktail is a straightforward box-step of a drink recipe that has a beautiful blend of four ingredients. The rusty red drink is bittersweet and comes with the zestiness of a lemon, beautifully blended with the complex sweetness of bourbon, and the bitterness of Amaro & Aperol. It might just be the best bourbon cocktail that you’re about to drink. Paper Plane was invented by legendary Aussie bartender Sam Ross in 2008, for the Violet Hour, at the request of then-proprietor Toby Maloney. Originally, Sam Ross used Campari but later switched it with Aperol. The drink also has a lower base spirit content than most other cocktails. Interestingly, the cocktail gets its name from the M.I.A. track “Paper Planes,” which was blasting in the background when the drink was being birthed.

Here are the ingredients needed to make a fantastic Paper Plain Cocktail:

This herbal modern digestive cocktail is both easy to make and easy to down, thanks to its bright acid and refreshing nature. Combine your ingredients in a cocktail shaker and give it a medium shake with ice. Strain over chilled coupe glass and garnish with a lemon twist.